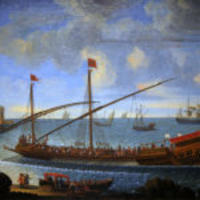 From Lebanese immigrants in Argentina, to Iraq refugees in Sweden, Eastern Christians can be found today scattered across the entire world. Too often, however, this global migration has been seen purely as a modern development, one arising from contemporary political and confessional events in the Middle East, while in fact this phenomenon had its roots in the early modern period. From the sixteenth century onwards, Christians from the Ottoman Empire set out for distant worlds and foreign lands, travelling as far as Europe, India, Russia, and even the Americas, and leaving traces of themselves across countless European and Middle Eastern archives, chanceries and libraries.

This transnational, ground-breaking project will gather all of these disparate sources into a single, analytical frame to uncover, for the time first time, the global and connected histories of Eastern Christianity in the early modern period. It will transcend geographic, linguistic, and disciplinary boundaries in its endeavour to recover the connections that linked Eastern Christians residing in the Ottoman Empire, Europe, India, Russia, and the Americas.

There has never before been such an expansive approach to the study of Eastern Christianity, one that places so many languages, sources, and historiographies into a single framework.