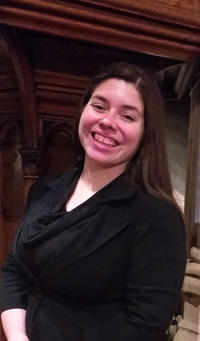 As a first-year DPhil student at the University of Oxford, Carol's research interests focus on religious minorities in the Middle East, sectarianism, political theology, and social movements in the Global South. She is currently reading for a degree in Oriental Studies analyzing the role of Catholic Liberation Theology among Catholic Copts during the Arab Spring, and its parallelism with the social movements that originated said theology in Latin America.

After obtaining her LLB in the National Autonomous University of Mexico, Carol became deeply interested in the right to freedom of thought, conscience and religion, and religious minorities.  She has over four years of experience doing fieldwork among Coptic Catholic communities in Upper Egypt and working with Egyptian civil society in Cairo.  With her ethnographic dissertation, Carol obtained an MA in Middle Eastern Studies from the American University in Cairo by examining the agency of contemporary Catholic Copts, questioning how their framing in Missionary Studies as a foreign or fabricated minority has written Catholic Copts in the past, and proposing a change of scholar discourse regarding Catholic Copts from Missionary Studies into conversations of nationalism and citizenship.

In addition to her MA, Carol also obtained a Baccalaureate degree in Arabic, Islamology and Inter-religious Studies from Dar Camboni in Cairo. She has been an Ibn Batutta Scholar in El Qalam Wa Lah in Rabat, an International Graduate Fellow at AUC, and is currently a CONACyT scholar at Oxford.

Before moving to Oxford, she taught MSA and Egyptian Arabic at the Autonomous University of Coahuila (Mexico).