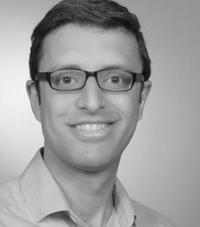 Feras Krimsti studied History and Islamic Studies at the University of Aleppo and Freie Universität Berlin, where he completed his doctorate in 2016 with a dissertation on “The travelogue to Istanbul by Ḥannā ṭ-Ṭabīb (1764/65), a physician from Aleppo. Images of everyday life and identitary stances”. From 2011 to 2016, he was a research fellow at Zentrum Moderner Orient.

In his research, Feras focuses on the Arabic provinces of the Ottoman Empire in the early modern and modern era. He works at the intersection of cultural, intellectual and social history. Analysing ego documents like travelogues, eyewitness reports, letters, chronicles and other texts, from a microhistorical perspective and through close readings, he engages with questions of identity formation and the complex processes in which social, religious and economic configurations shape representations of Ottoman rule and notions of self and society. He examines the agency of Arabic Christians and explores the relations of these individuals to their society and intellectual milieu.

– “The 1850 Uprising in Aleppo. Reconsidering the Explanatory Power of Sectarian Argumentations”, in: U. Freitag, N. Fuccaro (eds.), Urban Violence in the Middle East. Changing Cityscapes in the Transition from Empire to Nation State, New York / Oxford: Berghahn 2015, pp. 141–163.