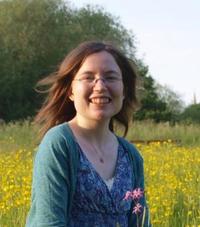 Lucy first became interested in eastern Christianity while reading for the B.A. in History at Lincoln College, Oxford, in 2009-12: she took several papers on Byzantium and wrote her undergraduate thesis on Greek hagiography. This led her to stay at Lincoln to take the M.St. in Late Antique and Byzantine Studies in 2012-13, as part of which she began studying Syriac.

In 2016 she completed her D.Phil thesis, which focuses on the eastern Roman empire in the sixth and seventh centuries, and in particular on the cult of Symeon Stylites the Younger, an influential but little-studied holy man who lived in the sixth century near Antioch-on-the-Orontes. It analyses the various extant materials associated with his cult to show its evolution from the saint’s lifetime into the period after his death when he was memorialised by his disciples. It argues that the troubled development of the cult reflects the crisis which the disasters that hit the eastern Roman empire in this period caused for holy men and their hagiographers, as they struggled to explain their failure to protect the empire and its inhabitants. Her thesis is thus focused on the intersection between saints and society; between hagiography and history. She is particularly keen to show that historical and literary approaches to hagiography should be viewed as complementary, and indeed mutually co-dependent, rather than antithetical, as has often been assumed.

She is very excited to be moving into the Early Modern period for the Stories of Survival project, not least because eastern Christianity under the Ottomans has been much less studied than its late antique forebear. As well as contributing to the shared aspects of the project, such as the database, she hopes to examine the development of the cult of saints within the eastern churches in this period, as a means of investigating not only religious beliefs and practices but also cultural identities, social behaviour, and interactions between different communities.  This is not to say that she has lost her interest in Late Antiquity: she hopes soon to convert her thesis into a monograph and is working on a translation with commentary of the Lives of both Symeon the Younger and his mother Martha for Liverpool University Press’s Translated Texts for Historians series.