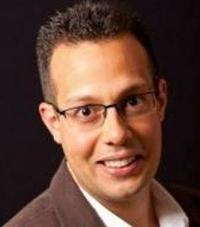 Dr Ghobrial is Associate Professor of Early Modern History at the University of Oxford, and a Fellow of Balliol College.  His research focuses on the Middle East in the early modern period, and he has a special interest in exchanges between Europe and the Ottoman Empire. In part, this has developed out of a long-standing interest in the history of communication as a way of thinking about wider questions related to connectedness in the early modern world. His first book, The Whispers of Cities (Oxford, 2013), explored the circulation of information between Istanbul, London, and Paris in the late seventeenth century. This led to a renewed interest in the history of Eastern Christianity, which is the focus of his current research. His published work on this subject includes an article in Past and Present, ‘The Secret Life of Elias of Babylon and the Uses of Global Microhistory’, which also lays the foundation for his second book, currently in progress.

In 2015, Dr Ghobrial was awarded an ERC Starting Grant to direct a five-year project on the history of Eastern Christianity in the early modern period. In addition, he is the convenor for the Faculty’s Programme in Eastern Mediterranean Studies, which coordinates a set of research seminars, lectures and other events related to the study of Mediterranean history from the late medieval period up until the nineteenth century.