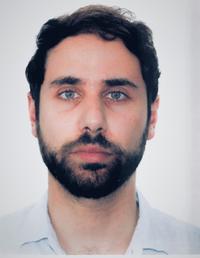 Salam Rassi is  a British Academy Postoctoral fellow. In 2015, he completed his doctoral thesis at the University of Oxford on the apologetic theology of the churchman and polymath ʿAbdīshōʿ bar Brīkhā (d. 1318). His current research focuses on the history of theological encyclopaedism among Christians in the medieval Islamic world and the Syriac reception of Avicennan philosophy. He is particularly interested in the impact of Avicenna’s metaphysics on the philosophical and theological oeuvre of Barhebraeus (d. 1285/6), a near contemporary of Thomas Aquinas and of comparable significance to the Syriac Orthodox tradition.He is preparing my thesis for publication in Oxford University Press’s Oriental Monograph series, and is also working on a critical edition of an Arabic epistle on alchemy attributed to Aristotle.

Following the completion of his doctorate, he spent a year as a Mellon Postdoctoral Fellow at the American University of Beirut. He has also worked as a cataloguer and curator of Arabic and Syriac manuscripts at the Hill Museum & Manuscript Library (HMML), where he specialised in the preservation of endangered archives in Iraq, Turkey, Mali, and Indonesia. His hope is that his experience with Arabic and Syriac collections across these regions will help further the impact of Oxford’s ERC-funded project Stories of Survival, which, among other things, seeks to document the literary output of Middle Eastern Christians between 1500 and 1750.

‘‘What Does the Clapper Say?’ An Interfaith Discourse on the Christian Call to Prayer by ʿAbdīshōʿ bar Brīkhā.’ In The Reception of Islam in Anatolia and its Neighbours. Edited by Andrew Peackock, Sar Nur Yildiz, and Bruno De Nicola, 263-284. Farnham: Ashgate, 2015.