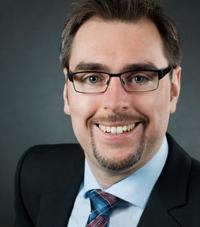 Tobias Graf read history at the University of Cambridge before receiving a doctorate from Heidelberg University in 2017. His dissertation examines Christian-European converts to Islam in the late sixteenth- and early seventeenth-century Ottoman Empire and their place in the Ottoman imperial enterprise as well as Euro-Ottoman relations. From 2008 to 2012, Tobias was part of the interdisciplinary research project Dynamic Asymmetries in Transcultural Flows at the Intersection of Asia and Europe: The Case of the Ottoman Empire at Heidelberg University’s Cluster of Excellence Asia and Europe in a Global Context. In 2015, he was awarded a two-year grant from the Fritz Thyssen Foundation to undertake research into Austrian-Habsburg foreign intelligence in the late sixteenth century at the Department of History, likewise at Heidelberg University. Several publications on this topic are currently in preparation. Prior to coming to Oxford, Tobias spent the academic year 2016/2017 teaching courses on Euro-Ottoman history, political and military conflict during the European ‘age of confessionalization’, and the history of slavery as an Assistant Professor in Early Modern History at the University of Tübingen.

Broadly speaking, Tobias’s research focuses on Euro-Ottoman connections and entanglements in the context of religious practices and ideas as well as migration. In his work as part of Stories of Survival, he is particularly interested in studying the social infrastructure which enabled and sustained the flow of information and people between the Ottoman Arab provinces and Christian Europe. His further interests concern religious conversion, especially as an element of social, legal, and political integration, and the wide field of early modern ‘international’ relations, particularly intelligence history.